Kelly Shepherd works in online writing focusing on topics like Feminism, Food, Family, and Lifestyle. She also dabbles in fiction and poetry to flex her creative muscles. When she isn't eating pizza, she is usually working on her latest article.

India is home to many religions and beliefs, and because of this conglomeration of spirituality, it is also one of the main attractions in the world for finding something resembling enlightenment. Aside from the natural beauty, pristine waters and virtuous mountains, India is home to many tourists sites that are of extreme sentimental value to locals. People from all over the world travel to India each year to take in the sights and experience a world so connected to God, spirituality drips l... 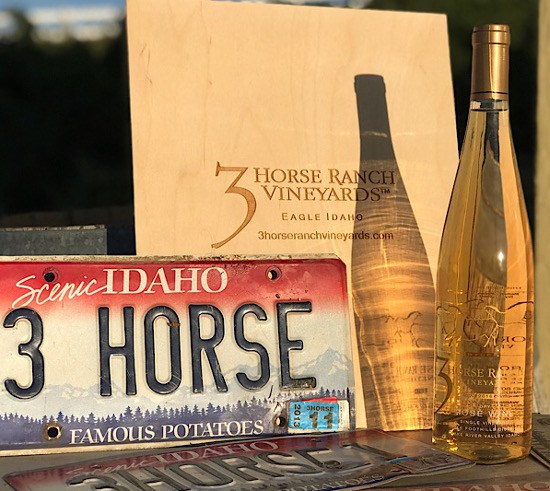 Idaho is one of many overlooked areas of the United States that offers an abundance of adventure, beauty and culture.
In recent years, the population of the capital city Boise has even grown by tremendous numbers as families begin to recognize the true value of the small state in the corner of the country.
Being most famous for its potatoes, Idaho actually has many things to offer, from precious natural resources, to millions of acres of forest, and even a well-known wine industry. That’s rig... 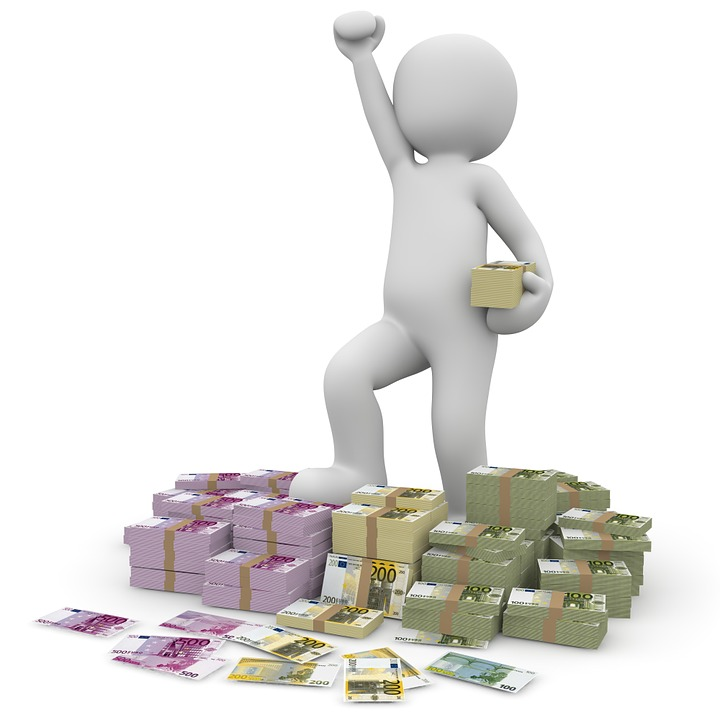 Whenever you begin a new career or start a new job, finding a good mentor to look up to and learn from is one of the most important things you can do. Without a mentor, employees often find themselves settling into a subpar work routine rather than connecting with someone who has achieved great things in their field and learning as much as they can from them.
There is a common turn-of-phrase that, “if you want to be the best, you have to beat the best,” and this lesson certainly applies in th... 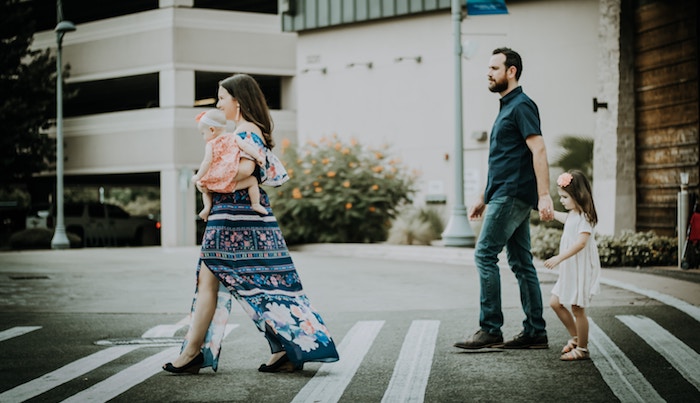 Growing up, we all sought knowledge from our elders. We believed, maybe for just a short time that they had all the knowledge in the world, and that you could ask them anything and learn it, no matter what. I know I certainly felt this way about my parents and my grandparents. Anytime I saw them do something or say something new to me, it only fed the belief that they had all the answers.
Turns out, that was mostly true.
I learned more about life and adulthood from my family then I ever would... 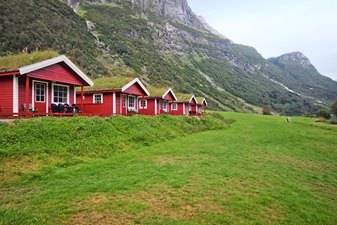 Making Survival Shelters From Nearly Nothing

Every survival expert knows the three most important things to have in the wild: food, shelter and water. Often, the first thing a good survivor will do is establish the shelter. Shelters come in a variety of styles and builds. There are shelters designated for cold-weather survival and shelters designed to be heat resistant for desert-like conditions.
No matter what kind of shelter you plan to build, there are many different ways in which you could mess it up, whether you don’t make it struc... 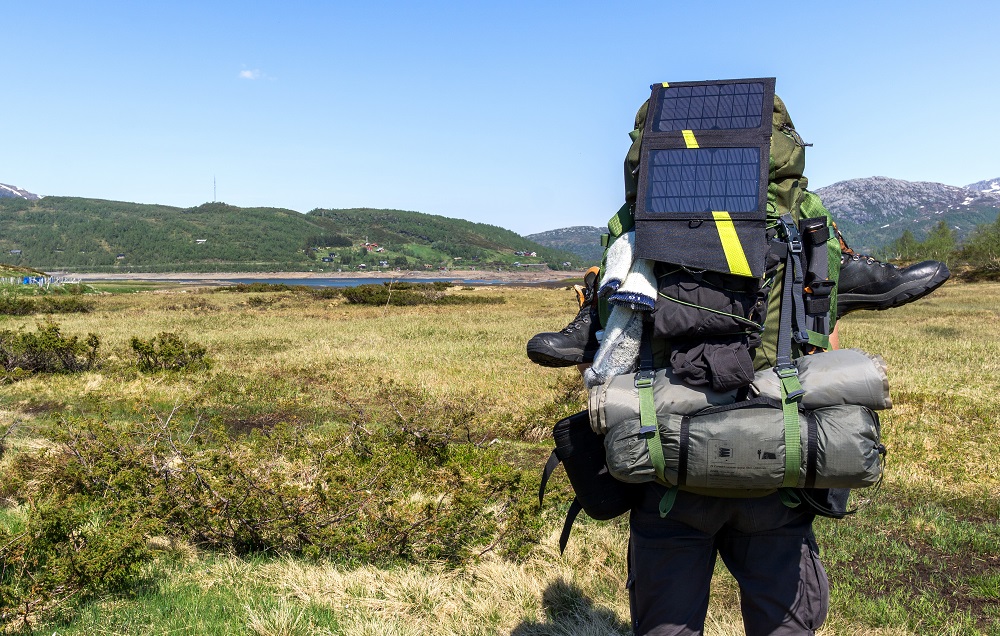 How To Pack A Backpack

Hiking can be a fun and exciting way to not only burn calories and improve your cardiovascular functions, but it also brings you closer to nature and in turn, closer to yourself.
It can, however, be rather dangerous if you are not properly prepared — and the best way to be prepared is have a pack that is equipped with all the necessary items you need to have fun and be safe on your hike.
A key element of planning your hiking trip is planning the gear that you will need for the level of experi... 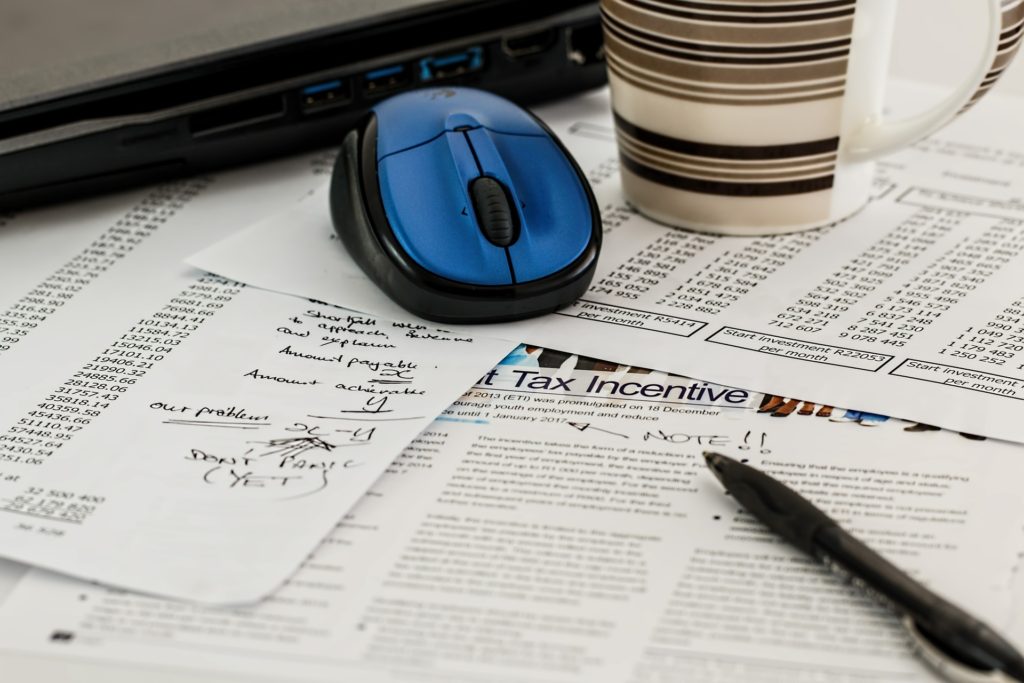 President Trump finalized the GOP tax bill by signing it into law before the Christmas holiday. Some Americans were in strong support of the bill while others felt somewhat differently about it, and by “others,” I mean people who don’t reside in the upper 4 percent of wealth in the country.
The new tax bill, which Trump claims is terrific for the middle class, is actually quite the opposite — especially for upper-middle-class families. Though the bill has already passed in Congress and been s... 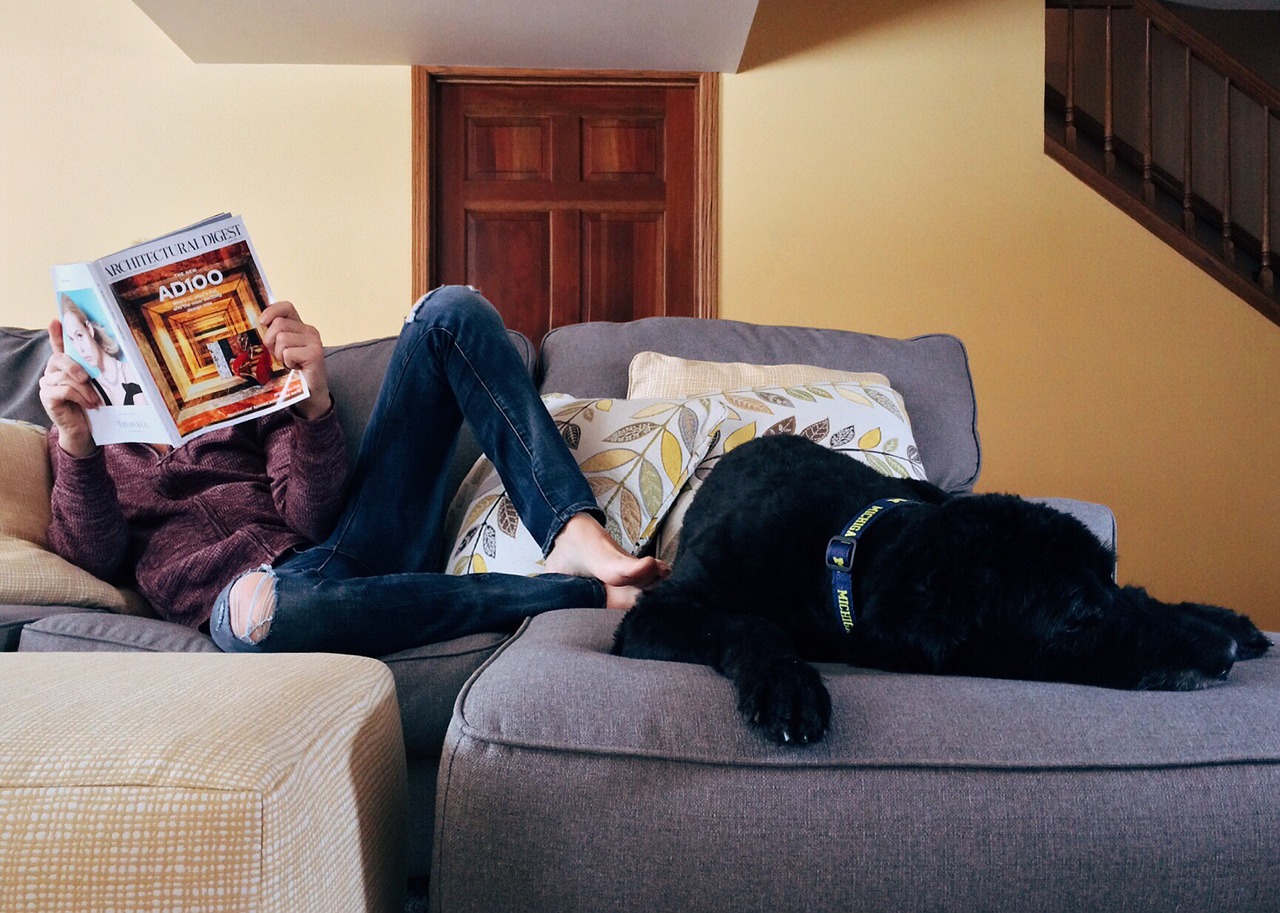 Keeping a Clean House in the Winter with a Large Dog

Winter is a great time of year for capturing majestic photos of your best friend frolicking through the snow, climbing white mountains, and rolling around the powder. Not to mention, your dog probably loves going out in the snow and running around like the Tasmanian Devil. The problem, however, is the amount of cleaning that also comes with the winter months.
Dogs are famous for tracking snow, mud, and debris into the home in their paws, fur, and tails. It is nearly inevitable. Keeping up wit... 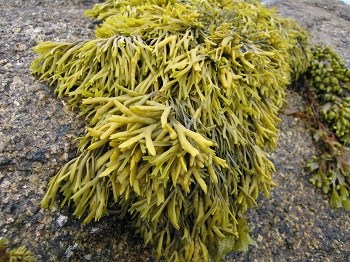 Yes, You CAN Help Slow Climate Change – By Eating Well-Chosen (Yummy) Foods!
This is a Guest Post by Kelly Shepherd
When people think about doing their part for the environment, some of the immediate responses are recycling, taking shorter showers, turning off lights and a few others. While these things are essential to improving overall sustainability, they are only a small piece of a much bigger puzzle. A bigger area of your life that you can reform to have a stronger impact on climate chan... 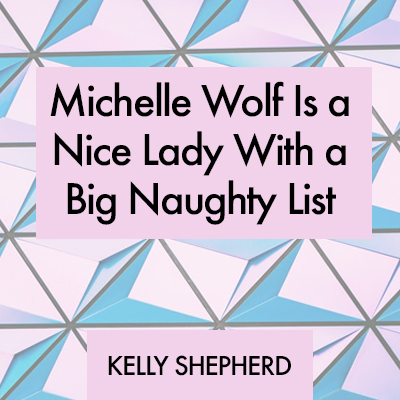 Michelle Wolf Is a Nice Lady With a Big Naughty List

2017 was an interesting year for comedy. In a genre where social issues are satirized, 2017 brought forth a new landscape of political motivation, moving stand up comedy out of disengagement and into a co-pilot seat for news media.
If comedy ever had a moment to tip its hat to an individual who brought it back from irelevancy, it would be the Nice Lady Tour brought to you by comedian, writer, and feminist, Michelle Wolf. I am a fangirl, so allow me to get something off my chest: I believe, in... 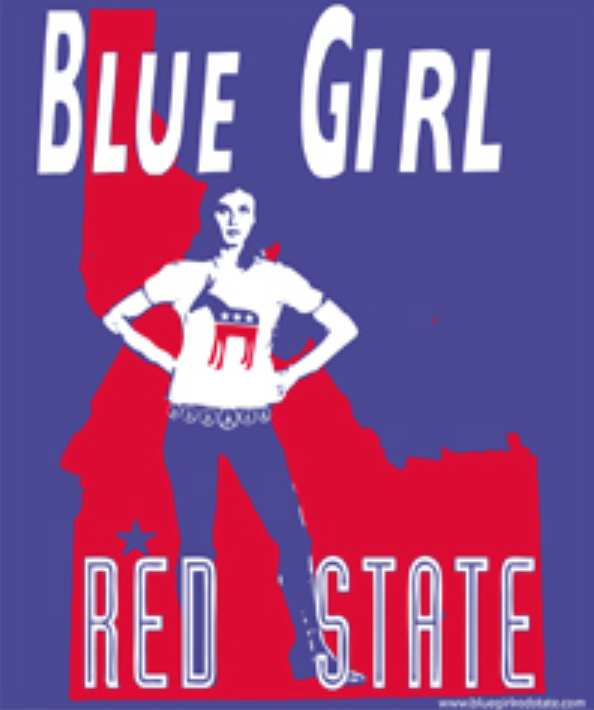 As a young woman growing up in Idaho and even as young as a small child, I was told by relatives, friends, and parents of friends that having kids and getting married was going to be the best part of my life. I was told that I would marry young, have a baby and a career (maybe), but mostly, I will be enjoying motherhood.
I remember my aunt Elma coming up to me at Christmas, I must have been about 9 years old. She sat me down on a rocking chair and told me, “Honey, one day you are going to mak... 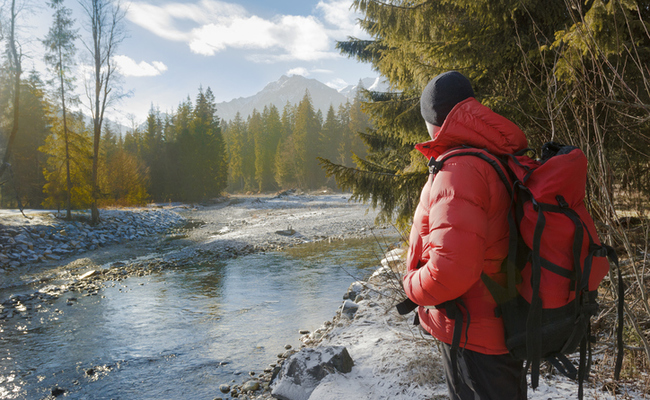 The Essential Guide to Winter Backpacking

When most people think of winter, they picture snow-capped mountains, icy toes, fireplaces and relaxing in wool clothes. For others, winter is a much more exciting time of year packed with adventures on snowmobiles, snowball fights and ice climbing. These individuals look at a tough time of the year and see endless possibilities for experiences that might change their lives.
Backpacking is one of many winter hobbies you can begin to help make the most of the long season. Not only is backpacki... 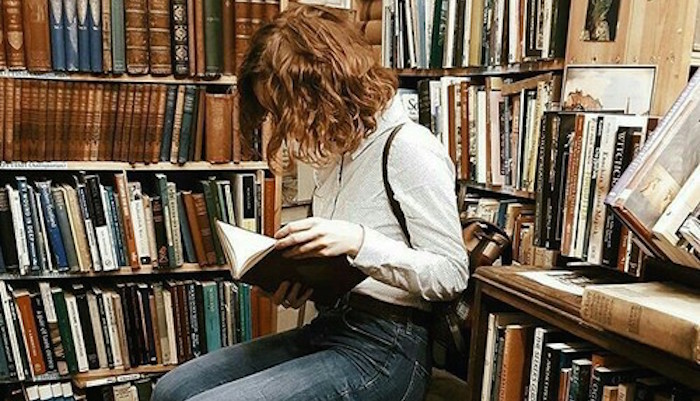 Why The Perfect Kind Of Alone Time For Introverts Is Reading

Growing up in a family of five children was difficult for me. I had a hard time learning who I was while constantly comparing myself to my siblings. You see, I was an introverted child surrounded by extremely extroverted brothers and sisters. While they were attending birthday parties, going to sporting events and having slumber parties, I spent most of my time in my bedroom reading books and daydreaming.
When I say I spent most of my time in my room reading, I mean I would come home from sch... 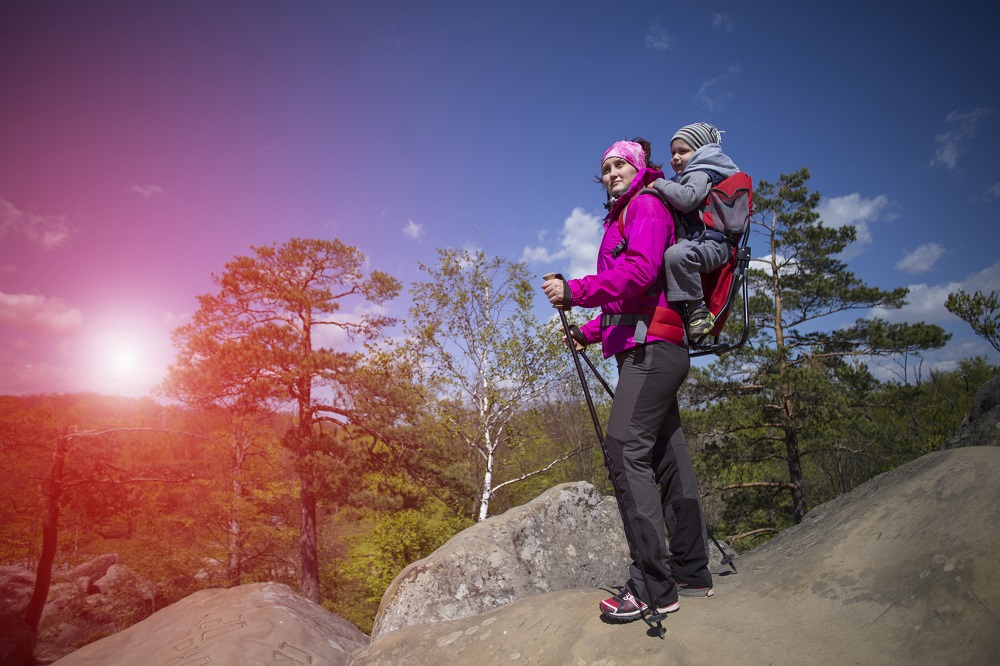 Hiking With Kids – Tips and Tricks

Outdoor adventures are an excellent way to spend your time with your family. Nature brings out some of humanity’s greatest qualities. Spending quality time together brings families closer.
Your next outdoor adventure could be snowshoeing or kayaking in the summer. No matter the adventure, it is important to be together.
Hiking is one family adventure that is extremely popular and can be loads of fun for your kids. Unfortunately, if you fail to prepare your family and yourself for the excursio... 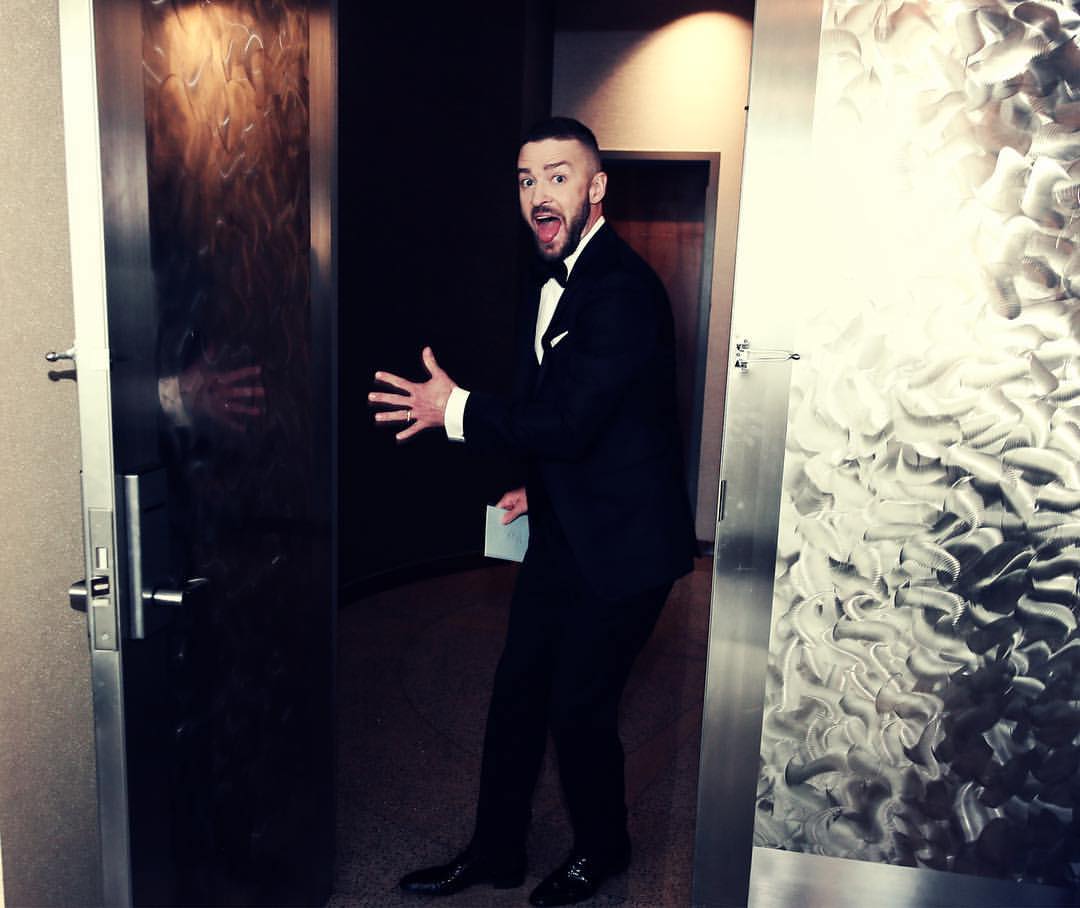 JT just announced the release of his latest album, Man of the Woods, and we are pumped about it!
This will be the fifth LP that JT had launched since his last album, The 20/20 Experience in March 2013 where he dropped such hits like “Suit & Tie” and “Mirrors.” The new album comes at a time when fans are most-eager to see him perform at the Super Bowl Halftime Show, a stunt he hasn’t tackled since 2004 when he was famously slipped Janet Jackson’s nip at the finale.
Man of the Woods will be an ...